Refining Investment Strategy to Simplify & Save 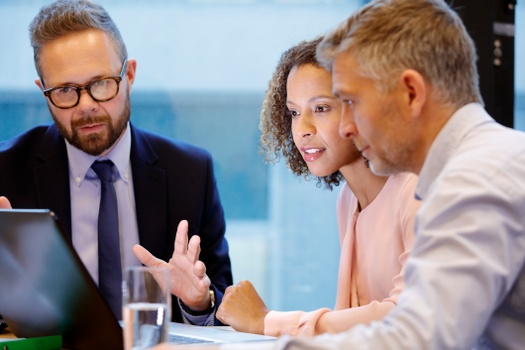 Joe and Alice retired three years ago. They were enjoying their lives but were uncertain if they were optimally managing their retirement nest egg, and they worried about the sustainability of the income stream. When Joe and Alice retired, like many retirees, they focused their portfolio on generating income. However, this resulted in unbalanced allocations to lower rated fixed income categories, such as junk bonds, foreign debt and emerging market debt. This exposed them to much greater risk than they had realized.

Like many, Joe and Alice built their portfolio over time, and it consisted of numerous diverse accounts such as the following: prior employer 401(k) and 403(b) plans; several IRA accounts—at banks, mutual fund companies and brokerage firms; an inherited investment account; and two annuities. With numerous separate statements originating from different sources, simply reviewing and understanding their holdings became a major project. Joe typically handled all of the couple’s finances, but this was now becoming too much of a chore for him. He wanted to simplify the process so that Alice could become involved and take over if necessary. 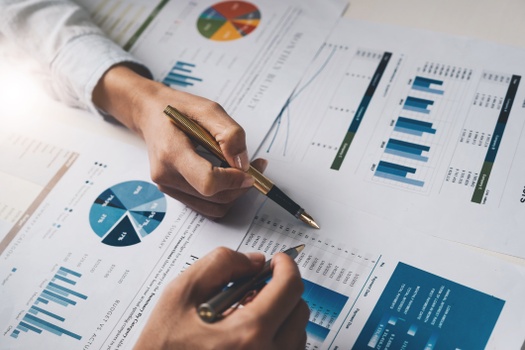 We consolidated Joe and Alice’s investment account to the extent possible. This step, in and of itself, made the portfolio easier to understand, simplified analysis, and made ongoing management much easier. It also provided for a much more straightforward calculation and processing of minimum required distributions from their IRA accounts.

Like many retirees, Joe and Alice believed they needed income to replace their pre-retirement salaries. This belief propelled them to structure their portfolio with a high concentration of fixed income categories such as lower rated corporate debt, junk bonds, foreign debt, and emerging market bonds. As a result, they were exposed to a higher level of risk and volatility than they had realized.

We explained to Joe and Alice that retirees don’t need income, but they do need cash flow. This is more than just a semantic distinction. It’s a viewpoint that leads us to create a balanced, allocated, total return portfolio designed for cash flow, specifically with the objective of supporting and maintaining their lifestyle throughout their retirement years. This means that their portfolio is structured to grow, continually, over time, even as they make withdrawals and their withdrawals will increase so that they can maintain their purchasing power. The new portfolio structure is giving Joe and Alice a relaxed state of mind and a reduced level of stress.

As part of the restructuring, we eliminated high-cost annuities and other investments with high internal charges. We were also able to reduce the high degree of overlap in their investment accounts. These changes alone saved Joe and Alice over $10,000 a year in investment costs, most of which they were unaware they were paying.

Next we focused on reducing their tax liability. We explained that it’s not what you make that is important but rather what you get to keep. We reduced taxes by strategically rearranging the location of investment holdings. For example, actively managed equity mutual funds responsible for throwing off taxable capital gain distributions are tax-inefficient, especially when these distributions are simply being re-invested. We repositioned these tax-inefficient holdings into the tax-deferred IRA accounts, effectively eliminating the problem. Alternatively, in Joe and Alice’s taxable joint investment account, we switched to exchange-traded funds to virtually eliminate unwanted distributions. Next we identified unrealized capital losses so that they could be applied to and eliminate capital gains, further reducing their current tax bill. These changes are saving Joe and Alice thousands of dollars a year in taxes. 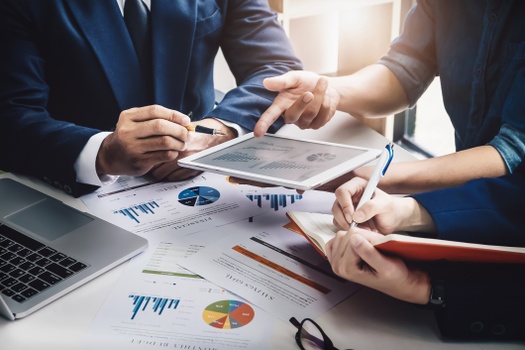 Joe and Alice now have a streamlined and simpler portfolio that they understand and can easily manage. They like knowing that they have a clear strategy, consolidated reporting and a portfolio that aligns with their cash flow objectives. Working with NestEgg on an ongoing basis, they believe they will be able to keep pace with inflation over their retirement and maintain their lifestyle.

Register For An Upcoming Event!

Fact patterns have been modified and fictitious names have been used. The Case Study is designed to illustrate how we may provide services to our clients, but these services may not be suitable for you. There is no assurance that NestEgg may be able to help any client achieve the same or similar results. The Case Study should not be construed by a client or prospective client as a guarantee that he/she will experience a certain level of results or satisfaction if NestEgg is engaged, or continues to be engaged, to provide financial planning services. Projections and retirement forecasts presented in the Case Study are not guaranteed and may not be indicative of future results.